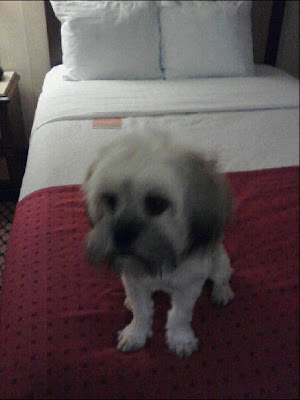 Say hello to Jax. Jax Mundo (cool name or what?). Jax is a one year-old half shihtzu/half poodle and the proud owner for Frank Mundo, author of a very unique book called The Brubury Tales, a modern version of Chaucer's Canterbury Tales in Los Angeles. The entire book is written in poetry, 8,300+ lines of poetry fun--yeah, I'm NOT kidding! Thanks God Jax is here to explain how this situation came about. I mean, come on, people--if you write a book with 8,300+ lines of poetry you must be either crazy or a genius (I'm not trying to be mean, I swear! Let's just say I'm not good at poetry...)

Oh, before I forget: Frank is the LA Books Examiner, so be sure to check out his column!

No more delays! Here's the interview...

Hey, Jax Mundo. Cool name. Who gave it to you?

My humans think that it's important that my name reflects my unique qualities as a member of the Mundo family -- at least that's the official story. The truth is, my full name is Jacqueline, which is nice and all, but I don't like it very much,and I never answer to that name. I'm much morethan an LA canine and I feel I have a lot to offer the world. Not only do I have a degree in Obedience from California State University at Northridge (8 weeks of master classes), I protect our home from outside and other forces that might upset the harmony of our existence. I inspire my humans and encourage them always to be at their most creative -- not to mention my company is topnotch and I'm also an excellent singer -- as long as it's not late at night; my humans get very upset by my late-night singing, for some reason. So Jacqueline became Jackie and Jackie became just Jax, which I really liked and finally accepted as my name.
I hear you live with human writer Frank Mundo. How’s that like? (No sugar coating allowed, buddy!)

Unlike my other human, Nancy, Frank works from home. All day long he sits at the computer writing. In the morning it's tough for me. He starts his day at 5 a.m. and most days I have to lick his face a lot to get him up and working. Throughout the day he tries to pay me some attention, but I can forget all about that if he has a deadline!!! But I understand. He has to pay the mortgage and those deadlines are important. Plus he also writes about books and authors and shares with the reading community all of the cool books events occuring around town at his website -- and that's good, too. Humans should read more. Besides, I have a lot to do, too, during the day. Sometimes I wish I could go with him to his readings, but my job at the home is more important than these events.

What’s this about Frank’s book, The Brubury Tales, a modern version of Chaucer's Canterbury Tales? My mom hated those tales in college—not your human’s, but Chaucer’s!

Well, perhaps your mom hated the tales because they are 700 years old and written in an older form of English called Middle English. As bilingual dogs, we're masters of the nuances of language, and it's difficult for us to go backwards. The cool thing about Frank's Brubury Tales is, although it's an homage to Chaucer's older work, it's a modern version of the story set in Los Angeles just after the riots 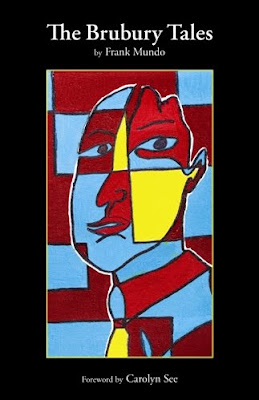 . All of the characters speak the modern American Englishwe're used to. And it's funny. There are seven security guards working at the Holiday Inn in Downton LA on the graveyard, and they each want the exact same vacation days (probably to spend with their dogs) that only one of them can take. So, to make things fair, they decide to have a story-telling competition for this prize, and that's where the fun begins. They each share their stories throughout the night, battling it out as they fight and get closer and we learn all about their personalities. The best part, you don't have to know anything about Chaucer or the tales to read the book -- although Frank hopes that the book might encourage readers to read the classics and share them with their dogs.

Is there a dog in the book? Then I like it!

There are 13 tales and, even though there's only one tale about a dog, I still like it and I think you will, too. It's funny, modern and the poetry makes me want to sing...Woof woof!

According to bestselling author Carolyn See of The Washington Post and LA Times, "The Brubury Tales is a landmark book, in what is going to be -- and already is -- an exceptional, distinguished literary career." Wow! I bet that went straight to your human’s head!

Yes, it's all we heard about for days -- my goodness. He went on and on and on like a cat or something! But, I guess I understand. After all, it took Frank nine years to write to this book. He worked really hard to make it modern and funny while still honoring the original works. And while he bragged about those comments from Carolyn See, a true literary legend in California writing, Frank knows that he doesn't compare to Chaucer or any of the great writers discussed in the book. No one can compete with these writers. I try to remind him of that whenever he gets a little big-headed.

Why are you essential to Frank’s success?

It's true that I didn't come along until after much of the work on this book was completed. But Frank, like a lot of writers, is a passionate (think moody) person and I know that my love and loyalty calms his nerves and betters his life. Before I came along, he was actually a cat person -- can you believe that?

But I think I've turned him and he's much wiser because of it. I think you'll see it in his newer work. He gives a lot of credit to Nancy, my other human, but really it's me.

Okay, so give us Frank’s blog and website, so we can check it out!

The Brubury Tales is available for purchase online here http://tinyurl.com/2bdxkk2 where you can read a bit of it first to see if you like it. It's also available on Amazon and soon will be available as an eBook, whatever that is. Frank's books website is http://www.examiner.com/x-5892-LA-Books-Examiner where you can read his book reviews and author interviews.
Leave us with some words of canine wisdom.

This is a message for humans. Rescue a dog and he or she will save your life. I promise you, no other friendship will be as rewarding. Can I get a woof woof for that!!

Posted by Mayra Calvani at 1:08 PM

Click on the cover to learn more about it! 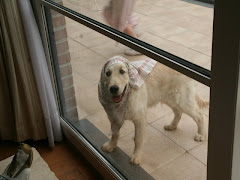 Er... no, I'm not a terrorist (yeah, looks can be deceiving). I'm just a golden retriever on a mission to capture two rabbits who have infiltrated my garden. I'm three years old and I have connections with the CIA. My new hobby is to interview authors' pets--dogs, cats, rats, lizards, birds, squirrels, horses, fish, you name it! I'm less tolerant with rabbits (for obvious reasons), but I can always be bribed with the right treats (how about filet mignon?). Learn the authors' dirty little secrets... straight from their pet's mouths! Woof! Woof!

If you want to spill the beans about your author mom or dad, I'm all for an interview. I'm working on getting my own email account. In the meantime, write to my mom and she'll give me the message: mayra.calvani@gmail.com. 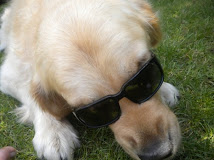 Can you get any cooler than this? No you can't. 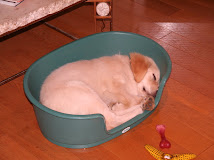 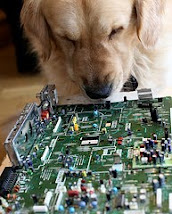 I think the problem is a faulty transistor.

My mom has this dog book out... 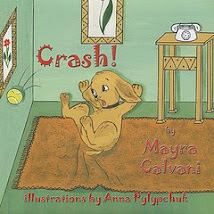 Visit my friend Zeppi, the mega star penguin in The Adventures of Zeppi, a new exciting 'green' series of chapter books for kids ages 7-10.

My little sister wrote & illustrated this book when she was 8... and I'm in it! 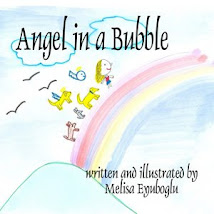 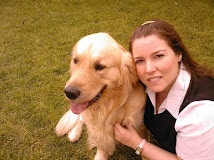 Mayra Calvani loves to write for children and adults. She's the 'Latino Books Examiner for Examiner.com. Contrary to what Amigo says, she's not an egotistical maniac.

My Mom wrote these books... 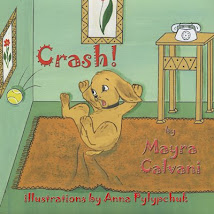 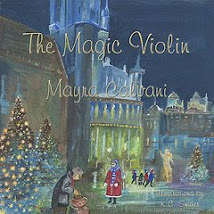 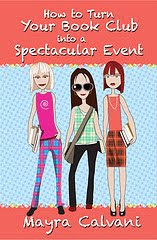 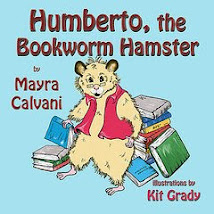 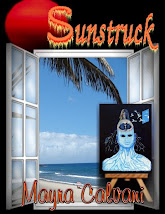